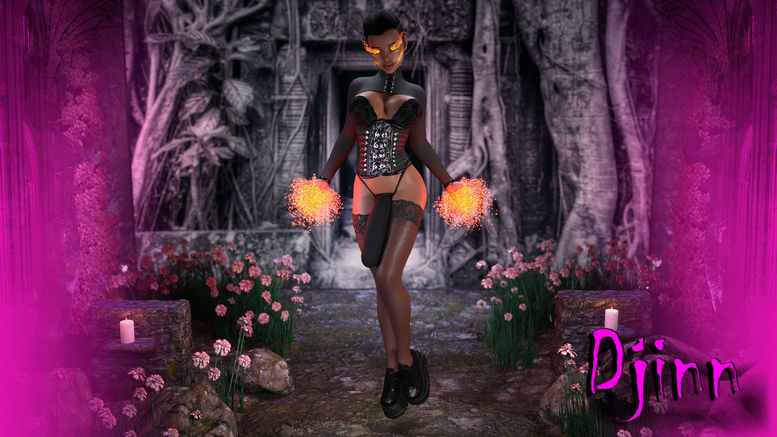 The MC is an ordinary girl, if ordinary girls had a dick and balls parked above their woo-hoo’s. The MC is also in her last days of high school and is on a field trip to an Egyptian art museum when she draws the attention of one of the museums longest residents. The MC is lost and the Egyptian goddess Bast has taken a liking to her and decides to bestow her blessing upon her, with a catch. You see, the time of the gods is coming to an end. They have been forgotten and as a result, much of the power they gained from the worship of their followers have been lost. As such Bast has been reduced to the status of a minor deity, at best. She also happens to be a prisoner of the museum, her existence is tied to the Egyptian art exhibit and she has gotten very lonely. Her escape comes in the form of becoming a familiar of sorts for the MC, This is gonna be hard to explain when she gets home.
At the same time, the MC’s (Mother) is having trouble at home and at work. His wife no longer shows any interest in him and their love life has become non-existent. Also he has an incredibly dangerous boss. He happens to be a bookie for a crime lord named Kingfisher, but like a dumb-ass he has been skimming the books. It’s something that he is going to pay for very soon. The thing is that his new debt is gonna be paid by his wife and (Daughters) in his stead. It’s up to the MC to step up and become the new alpha or let her (Mother) deal with it, as long as you have no problem with her becoming Kingfisher’s piece of meat. And believe me, Kingfisher likes to share his meat.