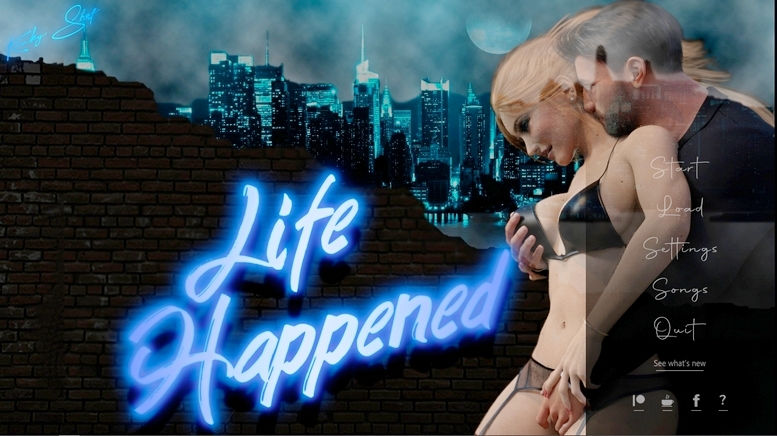 I made a deal with the devil once. I thought I needed the ”boost”, you know…
But dealing with the devil can be tricky sometimes.
Mine got jealous of me. She took my everything because of that.
Anyone would say I should have learned my lesson after that, but men are creatures of habit,
and some of them are hard to let go of.
Sometime later, I ended up making another deal, this time with a different devil. Go figure.
Only this time, the deal was a much simpler one: I get what I want, kill the devil who crossed me, then I walk away, taking nothing with me on my way out.
Pretty simple, right? If only I knew back then that there is no such thing as simple in life…
My name is Marco Scozzari. I’m thirty-six and the CEO of the Scozzari Group.
But that is just the version of me I’m selling to the world.
My real deal is to bring hell on earth to anyone who crosses me while waging war against my personal devil.
Welcome to ”Life Happened.” A story-driven game about love, lust, jealousy, deceiving, and betrayal. Where every decision counts, and most things are rarely what they seem to be.
Will you be the lifeline amidst the chaos, or will you become chaos itself?